I take grief for bashing Google (nobody seems to mind when I bash Apple). But I wanted to take a moment and try to put my view of the internet giant into perspective.

In the beginning, Google was good. For all my bashing of some of their products and practices, Google has done some great things that made our lives significantly better. I was using the Internet long before the web even existed, and I remember the web “pre-Google” and let me tell you, Google Search changed everything.

And even today, some 15 years later, Google Search, despite the ads and the “spam” is still the best general purpose search engine out there.

Google Search was genius on several levels, beyond the search engine technology. Whether by accident or genius or both, Larry and Sergey hit on a perfect model of providing value for an acceptable cost, as shown below in this Google screenshot circa 1998: 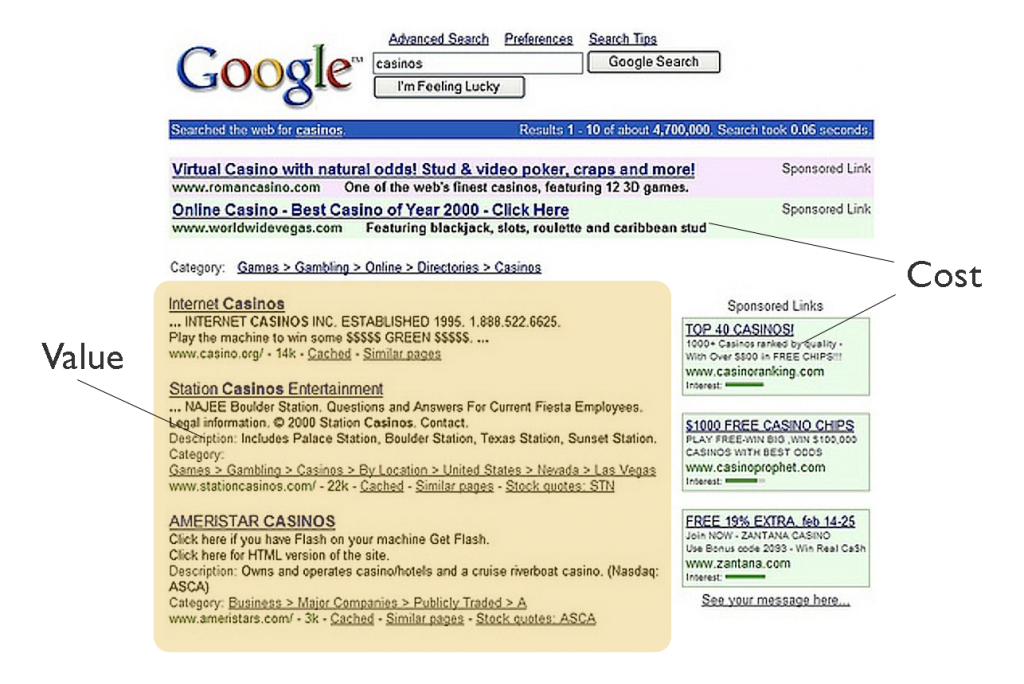 And the search results were good. Searching was fast, effectively instantaneous, and the results were high-quality and relevant, giving you want you want on the first page almost every time.

Larry and Sergey saw that the results were good, and they had separated the light from darkness.

With Traction Comes a Business

Due to its ultra-fast response and very high-quality search results, Google Search quickly rose to the forefront becoming the new start page for the Internet. That popularity allowed the second, and most significant genius-moment for Google: taking an idea from someone with less traction, GoTo.com, the pay-for-placement adwords/adsense ad-bidding model, and executing it to perfection. That changed everything for Google. Introduced in 2002, to this day, Adsense click-thru ads still represent some 86 percent of Google’s $50 billion annual revenue (and almost all the profit). These ads pay for everything else Google does. Almost everything else Google does loses money (including Android). These other products only exist to enable Google’s core business which is advertising. Google can only do all the whacky things tech. people love to talk about like Google Glass, Wi-fi balloons, and self-driving cars, because somewhere, someone clicked a Google ad. Google ultimately paid 2.7 million shares of common stock to Yahoo! in exchange for a perpetual license of the pay-for-placement model. A veritable bargain.

Over the past decade, Google has introduced dozens, if not hundreds of products. Among them have been some duds, but a few of these are clear winners.

First is Gmail. Google was not the first to offer hosted “webmail” but they were the first to do a really good job of it (or, more accurately, Gmail eventually evolved into a great service). Gmail continues to be the best email service. Yahoo! and Hotmail (now Outlook.com) simply suck in comparison.

Since Google Maps was introduced in 2005, like Gmail a product of an acquisition by Google, it has set the standard for web-based mapping, and later, mobile app-based mapping. There are now many competitors, but objectively, Google Maps is probably still the best. Although the gap is closing, and some special purpose mapping apps, like Waze (now owned by Google) are also very good. In fairness, Apple Maps has gotten better, but still lags Google Maps by most accounts.

Sorry. This one’s a dud for me. In fact, Google’s forced integration of some other Google products that I used to use, like Picasa, has forced me to stop using those products and really soured me on Google+ (and Google in general). At this point it’s just yet another place I have to check and doesn’t really provide any value, sitting in a no-mans-land somewhere between Twitter and Facebook.

I use other Google products, including Calendar, Drive, and Sites, but I don’t consider any of them on quite the same level of superiority over alternatives as Gmail and Maps. For my part, Google Voice is just annoying. But either way, the more we use these Google services, the more the “cost” side of the equation changes.

At first, all Google Search asked of us was for some of our time, our attention. We had to overlook some ads to find our search results. The “cost” was some of our attention (and maybe our search history). Now, as we use more and more Google services, Google wants a lot more. We share our contacts, our search behavior, all of our private email conversations, our documents, and even our phone calls and text messages.

The “cost” to us has gone way up. We’re using more “free” services, so the “value” has gone up too. But is it still worth it?

So for these gifts, particularly Search, Gmail, and Maps, Google deserves praise. This stuff is good. Really good. And, for the most part, the price is acceptable (maybe not with PRISM?). The value is certainly high enough for us to look the other way to things like atrocious, or non-existent customer support, some shoddy hardware, questionable search results manipulation, privacy concerns, and our inability to escape Google’s wide reaching tentacles and utter domination. 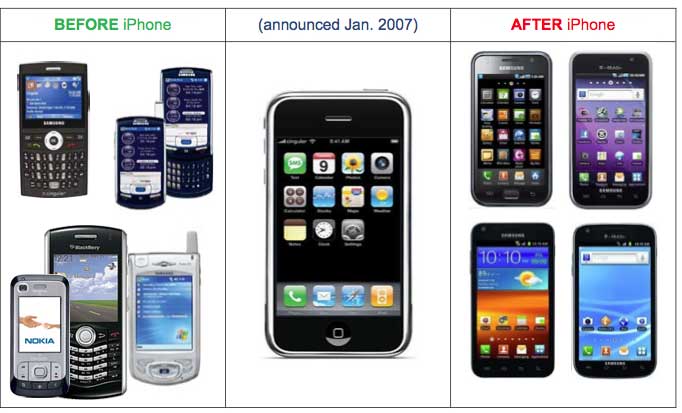 I’m all for singing Google’s praises whenever they do the right thing. What annoys me is the degree to which a lot of the tech. industry and tech. media look the other way to everything they do that leaves us scratching our head. Google needs to be checked, as much as Apple, or Microsoft, or Oracle, or any other mega-corporation. We can’t let a bunch of Internet weenie bullies tell us otherwise.