The iPhone User Interface (UI) is looking dated. There, I said it.

I think apps like Flipboard are indicators of it. Users love the Flipboard UI but, in fact, to achieve it, Flipboard has to “work-around” the native iOS APIs. Many of the interface mechanics and design elements are, in a way, fighting against, or functioning in spite of, the iOS core UI. 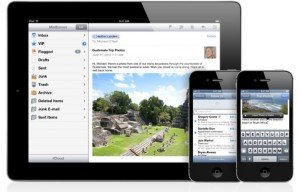 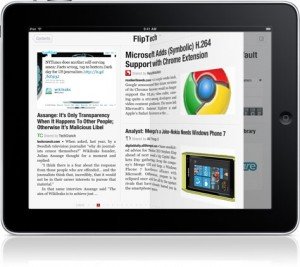 When one of the most popular apps on your platform has to resort to practically replacing your integrated standard UI components, you might have a problem. And I’m not just talking about the signature “page flip” but the entire UI experience, down to the graphical elements, fonts, text rendering, and the various UI controls.

On the one hand, there is no denying that real-world users love the iPhone and iPad UI experience. Whether you hate or love Apple, and despite all the academic papers in the world that will tell you all the things wrong with gesture interfaces, people love using their iPhones and iPads. In my experience observing mainstream soccer-moms and average-joe users, I think it has to do with an ability to take control and get things done without needing those pesky geeks or nerds to explain things to them. It’s a freedom from the tech. nerds that seem to have nothing better to do than tell people they are doing it wrong.

The interface has been around for four years now and people know it well. There are hundreds of millions of the devices out there. If you don’t have one, you know someone who does. You can’t swing a cat without hitting somebody with an iOS device. When you get used to the iOS experience on one iOS device, the next iOS device is much more comfortable, making it a lot easier to use and switch between iPod Touch, iPhone, and iPad (and now iPad mini). So on the one hand, Apple doesn’t want to do anything to upset that advantage. But on the other hand, the iOS interface is four years old and it is beginning to show its age.

This reminds me of the problem Ebay had early on, when they were afraid, terrified even, about making even the slightest change to their (ugly and impossible to maintain at the time) web interface. Their users exhibited massive backlash to any changes. Or perhaps even the Windows problem of having to support twenty-year-old apps while trying to freshen up the UI (that problem even leaks into Windows 8 and Microsoft Surface).

So you tell me, is the iOS interface looking dated and can Apple upgrade it without breaking things and losing the advantages of familiarity?