For at least six months, I have been hearing about how great things are going to be, and how much AT&T will suffer, when the iPhone finally become available on Verizon.  And all along, I’ve been saying, “not so fast.”

Now that it’s official, I guess we will finally get to find out what the ultimate impact will be. 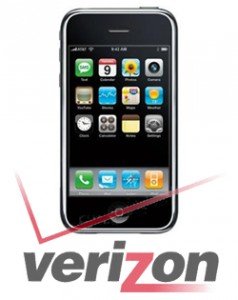 While AT&T is the carrier we all love to hate, the assumption that everything will be better on Verizon may be overblown.  If we can believe anything, Verizon users should experience fewer dropped calls than AT&T users do, especially in the San Francisco Bay Area and the New York area.

One of the biggest negatives with Verizon to keep in mind is that you won’t be able to surf the net over 3G while talking on the phone at the same time – that’s only possible on AT&T’s network. I’m so used to this now, that this capability would be hard to live without.

It has also been reported that AT&T’s 3G network is faster, but there are those on the other side of that argument too. If there is a difference I suspect it’s marginal in real life and probably varies a lot case-by-case.

Another question is of course whether this will mean a large influx of new iPhone users, thus eating into the Droid market, or will Verizon iPhone customers be mostly switchers from AT&T that already had an iPhone.

Regardless, having the iPhone available on more carriers is a good thing, no matter how you look at it (maybe unless you’re AT&T). Competition and more choices will be nice for customers – maybe AT&T will finally resolve some of their network troubles – or maybe not. 🙂

← Still searching for a decent domain registrar – Mydomain.com and 1and1.com both suck in their own ways
Twitterverse reality check and lessons learned →

2 comments for “Will Verizon iPhone live up to the hype?”