This post could as easily be called “Smart people do stupid things too.”

Last week I had several “what the hell are we doing?” moments. 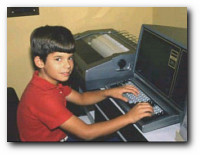 Just a few years ago, I could call anybody I wanted, pretty much anywhere in the world. Likewise, people could call me. Today, it appears we have taken a step backwards – or at least some of us have.

Last week I had a couple of phone meetings set up with prominent people, people well known in the VoIP world at least. I was really looking forward to these chats. I won’t name names, but here are a couple of specific examples:

Party A says “look for me on Skype”. My Skype shows them as “?” status. Their Skype says that I’ve blocked them. Yet I have not blocked them. We spend the whole week screwing around with this and never make the connection. This is a case were someone has become so attached to using a particular technology, they no longer care about the result (talking to someone) – they are more interested in the means than the end. This user will overlook any problem with their chosen technology and blame it on something else rather than their precious VoIP tool – no matter what the actual experience is, this is the guy that says “Skype works fine for me” when asked. It is no longer a tool for communicating but a tool for tool’s sake.

The second dog waging example is more sublime. We had not planned to speak using Skype in this case, but when the call occurred we were impacted by Skype. The user had been having trouble with their Skype and had unplugged other equipment (including the equipment we wanted to experiment with on our call). Again, we have a situation where the perceived value of this tool caused the person to let it affect days and weeks of their time, messing with the PC, their network, other services/devices that were working fine, to the point of calling in their IT expert to diagnose the problems with Skype, perhaps even going so far as a reinstall of the OS.

So when does the Skype pain threshold outweigh the perceived value? Why is the perceived value so high to cause otherwise intelligent people to jump through such hoops? Would a less sophisticated user put up with these hassles when there are so many alternatives available? When did we let this tool that’s supposed to make our lives better, start controlling us?

This sort of goes back to my “How computers will take over the world” post from four years ago.

Unfortunately, in the end, the whole point blew right over everybody’s head, and while they laugh at the irony, they continue the same behaviors.

← Quotable quote
Anyone with ooma interested in calling me? →